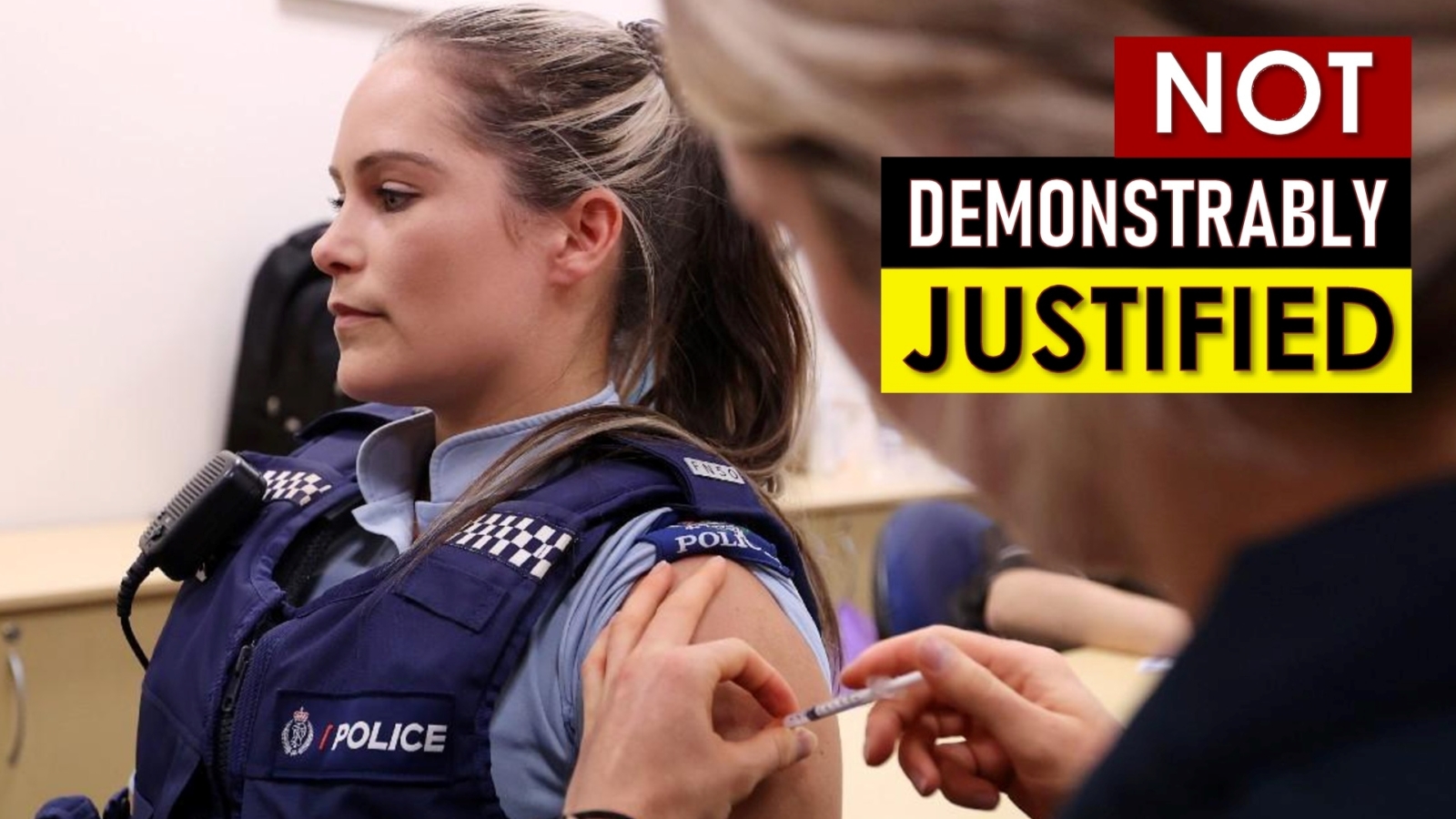 The High Court has upheld a group of police and defence force workers’ bid to show that a COVID-19 vaccine mandate unjustifiably infringes on the country’s Bill of Rights, in a decision handed down on 25 February 2022.

The judgment concerned a mandate introduced by the Minister for Workplace Relations and Safety, which requires all defence force personnel, police constables, recruits and authorised officers to receive two doses of the COVID-19 vaccine by 1 March 2022.

A group of employees took to the High Court to suggest that the mandate limits the right to refuse medical treatment and the right to manifest religious beliefs under New Zealand’s Bill of Rights.

Specifically, the group referenced its objection to receiving the Pfizer vaccine on the basis that it was tested on cells derived from a human foetus.

Justice Cooke was tasked with finding whether the limitation on fundamental rights brought on by the mandate was reasonable and “demonstrably justified in a free and democratic society”.

His Honour accepted that the mandate could be justified if it was shown that there was a risk to the continuity of police and defence force services posed by unvaccinated employees.

However, given vaccination has been less effective in preventing transmission of the Omicron variant, his Honour was not satisfied that this would be the case.

Justice Cooke concluded that, although the Omicron variant poses a threat to the continuity of workforces, this was the case “for the vaccinated as well as the unvaccinated”.

Given this, his Honour found that the adverse effects on employees who faced termination meant the mandate was not a reasonable limit on fundamental rights.

“As the judicial decision has only just been released, we will be taking time to consider the decision. We will be communicating with staff about next steps,” a police spokesperson said in an article published by the NZ Herald.

“In the meantime terminations of employment will not proceed at this time,” the spokesperson reportedly said.