The Criminal Code was made law in 1892 by the Parliament of Canada in accordance with section 91(27) of the Constitution Act, 1867, which gives the federal government the power to make criminal laws in Canada.

Criminal law exists to help maintain public safety, security, peace and order in society. In Canada, the responsibility for criminal justice is shared between the federal government and the provincial and territorial governments.

Canada’s constitution gives the federal Parliament the power to make criminal laws and as a result, criminal law applies across the country.

The provinces and territories are primarily responsible for enforcing the criminal law. This includes investigating and prosecuting most offences, and providing services and assistance to victims of crime.

Some Articles of the Canadian Criminal Code

The Criminal Code covers a wide range of criminal acts, such as murder, assault, theft and fraud. Here are some articles that may be particularly relevant in the government’s management of the current health crisis:

~ Extortion art. 346. (1) of the Criminal Code. “The purpose of the crime of extortion is to prohibit intimidation and the infringement of freedom of choice. R.c. Davis [1999]

~ Criminal harassment s. 264. (1) (2) of the Criminal Code. Abuse and traits of querulousness such as multiplying decrees, claiming penalties from targeted and identifiable people.

~ Fraud s 9 (1) of the Food and Drugs Act. Definition “drug” : drugs include substances or mixtures of substances manufactured, sold or presented as being able to be used:a) …, the treatment, mitigation or prevention of disease, …

Some citizens that have witnessed how serious alleged crimes against Canadian Citizens have been committed without consequence to those who have perpetrated these alleged crimes.They believe it is their duty to document some of these crimes and presentevidence of them to Law Enforcement, so that an appropriate unbiased criminal investigation canbe initiated.

Take a moment and imagine the following scene: It’s a very ordinary day. The way back is done as usual by the metro stations that you now know by heart and that you do not even see anymore. You are moving forward at a good pace and a little lost in your thoughts, on the same tiles as yesterday. Then suddenly you bump into someone you don’t know. Thus taken out of your daydreams, you see his eyes at first, when you apologize for this involuntary collision. Then you notice what he is holding in his hand: a three or four inch blade that he is pointing at you. Finally, you hear his words, dryly pronounced: “Give me your wallet”.

In the Canadian Criminal Code, section 346 (1) explains what just happened: extortion. In clear terms, when an individual forces another person to do something that they are not required to do or to obtain something from them under threat or by violence, we fall within the scope of this article.It is equally true to consider that if we force someone not to do something that they are required to do, always under duress, by violence or by threat, we are inside what this article provides.Of course, a prison sentence is provided if this individual is found guilty in court since it is a pure criminal act.Let’s see the situation differently and tell me, in your opinion, if we could be in the shadow of this Criminal Code offence.Replace the blade of the knife with the loss of your job or your civil rights. Let’s transpose the unknown of the subway by a politician in a position of power and finally the portfolio in history by your salary in real life.Your boss tells you tomorrow morning that he has a friend who is making a revolutionary new drug for which he is looking for guinea pigs. That if you want to keep your job, you are going to swallow this drug without question and without having more information than what he has just told you. Do you take it?

A politician forces you to have a drug injected or you are not allowed to go to work or go to public places; What is the difference ?

Keep in mind that if you are the stranger on the subway, you are committing a crime under the law and for which you are liable to imprisonment. Why then should we call this “politics” and let it go without complaining if the person who commits it is the head of government? Since when do they have separate laws from those that apply to us, the people?

Several people, including many police colleagues, have lost their jobs because they have refused to receive one or more doses of products in the past two years. Should they consider filing a criminal complaint about this extortion?

And let’s think a little further together now. What about the establishment of a digital identity that will allow the government to do what it has authorized itself to do with the bank accounts of protesters? Simply on the pretext that they did not agree with the decision makers. I ask you the question since it will become very relevant the day when it will be you who will have to choose between what the leaders impose on you or your job or your salary. Your family is threatened by current events since it is with today’s decisions that your children will live tomorrow!

If in the near future there were only police officers left who do not question authority and this type of criminal decision, what future would you have as a citizen?

Read the report on Criminal investigation

Another who no longer had choice!

Hello, I am an RCMP officer stationed in the Far North of Quebec. For almost two years now we have been in this pandemic and I have never had any illness, flu or C…Earlier last summer, our dear Prime Minister Justin Trudeau made sure that all federal employees (including police officers) had to declare their vaccination status and then give reasons for not getting vaccinated or they were put on unpaid leave. 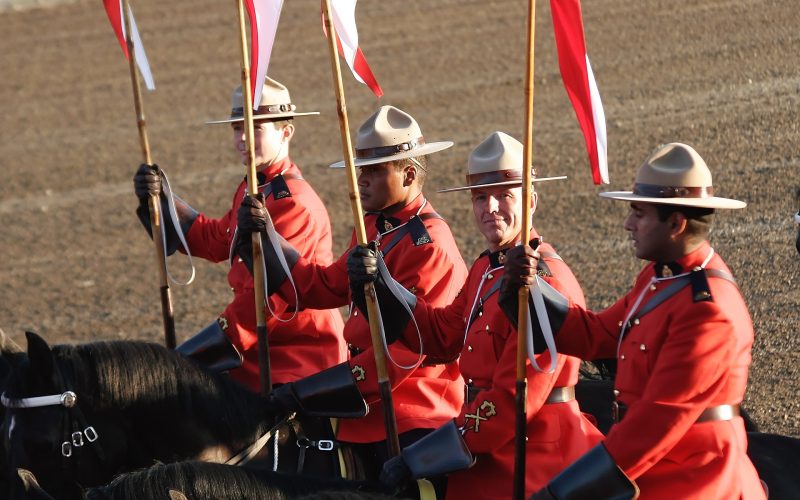 Here in the Far North, the rents for the accommodations that the RCMP members occupy are covered by the government at a high percentage. When I declared that I was not vaccinated, the chain of command of my detachment supported me in my choice, until yesterday. I had to do rapid tests every two days, one test before doing my day shifts and one before my night shifts. Everything was done diligently. Then I had to register my results on a federal website which never worked. So for the last two months everything was fine, I wore my mask and I continued my work as a patroller without problem.But yesterday I was called into the officers’ office to tell me that they had received an email from Ottawa telling them that it was unacceptable that I could continue to work without being vaccinated. They responded by telling them what was going on and got a response saying it’s not working. So yesterday at 11:30 a.m., I was informed of all this, and told that I would go on unpaid leave immediately and that I would have to return my weapon and all the protective equipment I was wearing (unless I went look for my 1st dose of course).I had the afternoon to think about it – that’s all – no more time! I was cursed to know that I was going to lose my freedom to dispose of my body and that I was going against my convictions. Not only would I have to go on unpaid leave, but the government would stop paying my portion of the rent immediately. In my situation, with a wife, three dependent children and no way to leave the Far North immediately, I was now going to have to pay more than $4000 per month in rent, and without any salary! A few hours – that’s all – to make the biggest decision of my life! I previously served our country as a member of the Canadian Forces here, overseas and in Afghanistan twice. What the government has done to all members of the forces and the RCMP is unacceptable. Do the thousands of veterans who have served our country, said to be free and prosperous, no longer mean anything to the government in place?All this is no longer a medical issue but simply population control. Mr. Trudeau, who appears on a Quebec TV show and incites hatred, refers to the unvaccinated as racists, misogynists and more. This is unacceptable, and all this at the same time as my native province of Quebec is sinking more and more. I was given a few hours to choose between an experimental injection or a year without pay, without offering me any legal help.

To come back to my decision, I symbolically had a gun put to my head by imposing a very quick decision on myself. I had no choice but to abdicate to their tyranny and got my first dose late yesterday afternoon. Before injecting myself, I managed to have a good conversation with my wife and also with the nurse assigned to give me the famous “jab”. I shared with him my fears and why I was there, that I had been tricked by our federal government. The nurse asked me twice if she should proceed, even though she is pro-vaccine. I told him that I was there against my will, but that I would never have sat down if I could prevent it. I said to him “Go ahead, do it, because I have no options and to refuse it would make things very difficult for me”. I was not happy at all – the nerve of these pharmaceutical companies, making us sign a document preventing us from going back against them no matter what! How can the hierarchy of our country now not free of choice allow these companies to do this? And speaking of the government, they found a way so that we could not use the Charter of Rights and Freedoms to make a demand letter or a class action. I am disappointed to be Canadian today and I am really thinking of leaving my native country very soon because being Canadian is no longer what it used to be.